So all recovered from Dalhousie, I made my way to

Now as many know Khajjiar is known as mini Switzerland, maybe the below pictures would help get a visual explanation to the name, but then there is also a history to it.(which you can read on Wikipedia) 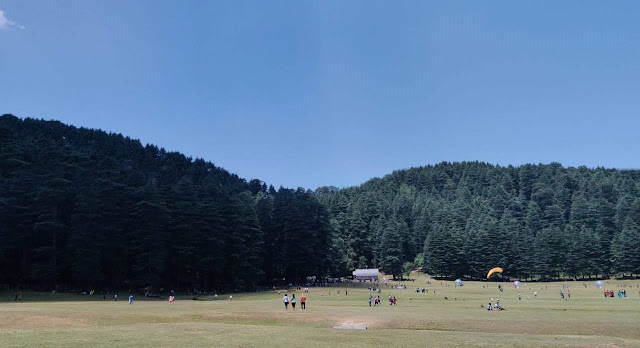 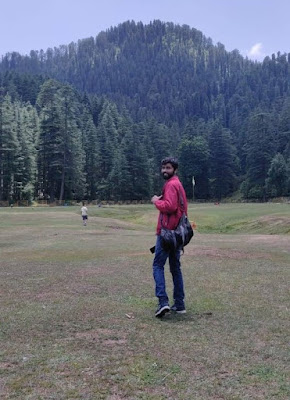 Living in a city like Mumbai, you never get to see such topography, this place has a way of getting you excited from the very first view.


We visited the place called Khajiaar Lake,
There is a lake in the middle which is now depleted due to silt and has lost all it's charm
Now It's just a big stretch of grassy land surrounded by cedar trees, but maybe it brought out the child in each one of us UTexplorers.

We ended up playing games which we used to play in our school going days.
Dodge ball, Blindfold, Frisbee and also Peekaboo sometimes 😁 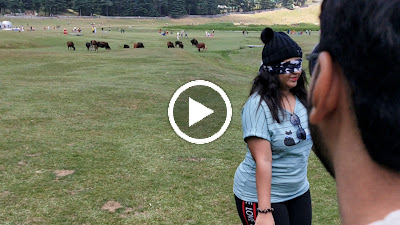 Here is Mahindar, one of the UTexplorer inside the Zorbing ball.
Mahindar has vertigo, yet he was the one who ended up doing maximum number of activities throughout the trip.
He also is a stand-up comedian and he kept the jokes going in the whole trip!
Follow him on Twitter @CM_uncommon_man

So all in all its a place for a Grand picnic! Unlike the small parks we City dwellers are used to.


After Khajiaar Lake on our way back to Dalhousie, we visited Beeji's Park 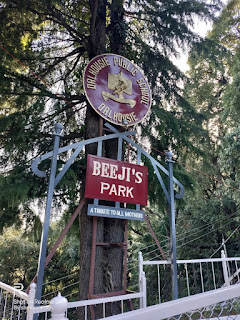 The day we reached Dalhousie, we were planning to go see Beeji's Park which we found out was a tourist attraction some kms away from our hotel in Dalhousie.
Good we didn't because this place later became a good stop on our way back to Dalhousie from Khajiaar.

Said to be dedicated to Mothers, This place is maintained by Dalhousie Public School(DPS).
A small park with models and replicas of Military assets like Tanks, missiles, jeeps, torpedos and more. There are

The view from the park is equally beautiful with some buildings and playgrounds of DPS being visible, where you
get a glimpse of the Students playing.

On our way we met many students who were well disciplined going in a queue and who wished us all
Good evening and addressed us as sir and madam. We all were delighted to interact with those young ones. 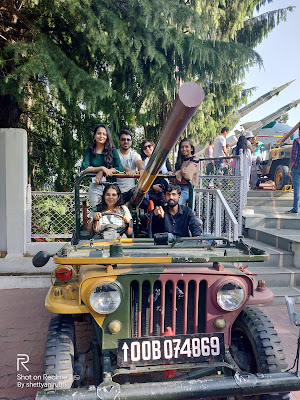 This is one of the jeeps which is open to tourists to click  pictures in and we UtExplorers enjoyed it!