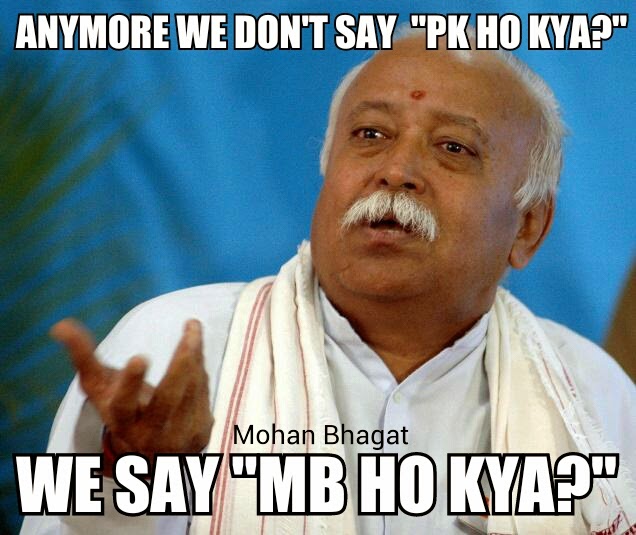 I think he should be participating in Google's Science Fair for the young and submitting his such bright ideas.

What is he doing in politics?! He should have been leading all the Research front of our country!

Wait wait! Even better he should replace ACP Pradhyuman in CID!

For those who are confused from this post, below are Mr Bhagwat's words in a function organized by an NGO at a village near Bharatpur, Rajasthan

"Here, the service isn't like Mother Teresa's. Her service would have been good but it used to have one objective, to see that the person who was being helped felt obliged to become a Christian."   He added, "The question is not about conversion but if this (conversion) is done in the name of service, then that service gets devalued. In our country, service is neutral," 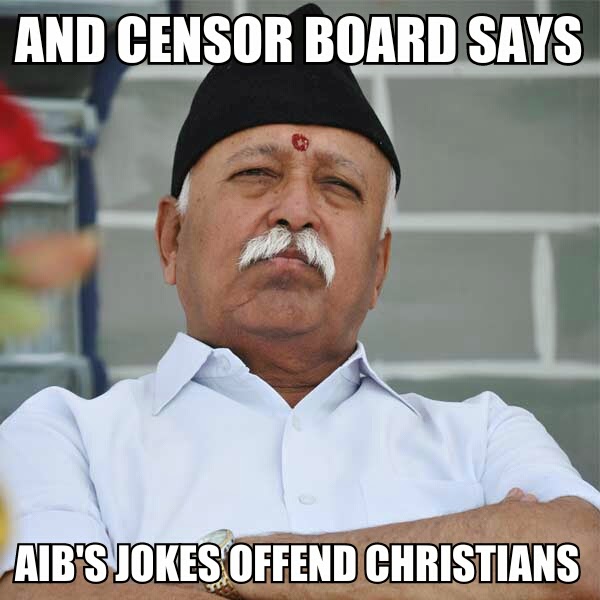 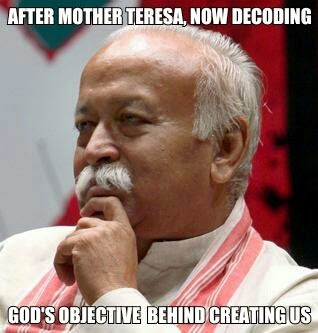