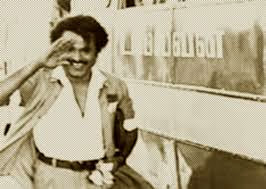 This is my story about how I managed to travel without ticket in a express bus in mangalore.
Like all the epic experiences, this happened in my final year of engineering. I had been to my friend's place in lalbagh to do some coding for my final Year Project. As his room had wifi, this was the optimal place where all friends would often meet up for project work. My other friends couldn't make it on that day, I was alone in the room. I started in afternoon and coded all my way till it started getting dark. With the concentration I was in, I didnt realise how time flew. I had to make it home before 7, so I didnt even switch on the lights and got ready in a jiffy. Going through my wallet I realized I dint have any cash. I saw my friend's bag nearby, I searched it for some cash. Luckily maybe, I got his wallet which had some notes of 100. At least it looked liked that. I grabed one and left.
I got a bus fron Lalbagh. It was an express to Udupi. While on the bus, I texted my friend that I had taken some cash from his wallet. His reply came "My wallet? Did it have cash?" Before I could reply, the conductor was in front of me. I took out my wallet, and got the note which apparently looked like a Hundred rupee note. Didnt look very familiar though, I couldn't find Gandhiji in it. It struck me then, it was Nepal's Currency.My friend was from Nepal. Now I knew why he was shocked when I told him that I took money from his wallet. While I was figuring out all that in my mind, the conductor got impatient. He had seen me getting nervous and flipping the wierd note. I had to respond, I did a hand gesture indicating "NO". That made his expression go "What?!". I then did another hand gesture "wait". He moved to the front. I gave a sigh of relief thinking atleast he didn't make me get down. Next I used my message typing skills, to immediately message three of my friends who lived near surathkal about my situation. One of my friend told he is on his way to surathkal and he could help if he reaches before the bus. Next thing was a race between the bus and my friend. Keeping fingers crossed all the way till Surathkal also didnt help me. The bus had reached surathkal and my friend was still far behind.
I had no option, I had to get down. The moment I stepped out of the bus, conductor was in front of me. I freezed and could sense a sharp insult or taunt coming my way. The conductor yelled "Udupi Manipal Udupi Manipal.......". I moved out of his way. Afer I strode a few steps ahead, I turned back. I could see the conductor smiling at me. He had not forgot, instead he had understood and spared me.

That's when I stopped stereotyping conductors and realised they are not so bad afterall.

The fellow Blog-a-Tonics who took part in this Blog-a-Ton and links to their respective posts can be checked here. To be part of the next edition, visit and start following Blog-a-Ton. Participation Count: 01