The Pen Warriors
Read the PROLOGUE and Previous chapter of the story by clicking on the respective links.

Too Late For Atonement – Chapter 15

“Me and my team are participating in ‘Game Of Blogs’ at BlogAdda.com. #CelebrateBlogging with us.” 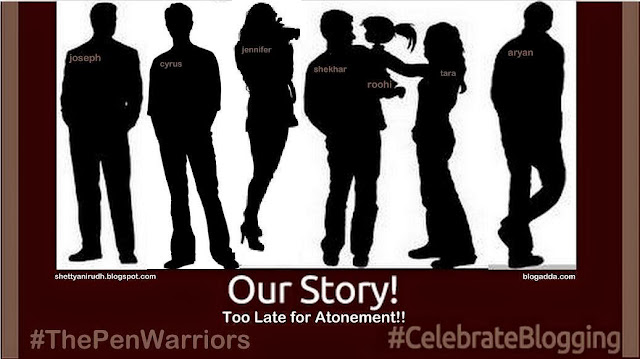