"Private India"and when they say India, they just don't mean location as India.
They bring out India in all possible ways, its roots, culture, fun, dread , truth and yes the location too.
Private Mumbai would be more apt, if we consider it only as a location as the plot revolves around Mumbai. It does well on exploring few streets and areas like Colaba causeway, Kamathipura, Andheri, Haji ali and such prime locations. But at times, it looks as if a attempt to force in the city's traits between the storyline. One such being, the reference of Mumbai locals and 2006 Mumbai Explosions.


Plot:
As they say "Its the season of Murders in Mumbai". The main plot is about finding a Garotte Killer. Private India is a part international investigation agency, employing a team of four investigators each contributing in their own way. A sub plot runs through the main involving ISI, Indian Mujahideen and bomb threat looming over Mumbai. Even though this should be of bigger concern, sometimes you tend to forget about it. Other than that, there are repeated revelations. In every 5-7 Chapters, you get to know something new about a character's past. With chapters kept short, its easy to go about 116 chapters and the mystery stops you from dropping the book. The twists and turns in the plot are completely unexpected yet not overblown. The murders wrapped around stories from the past, props and trinkets left by the murderer and ivestigation findings gives a sense of excitement to decipher the mystery. A clear connection is shown while linking murders which at first looms completely unrelated.


Characters:
Seems to be inspired by Bollywood movie characters, with typecasted characters.A depressed cop mourning over a accident devastating his family, successful bolywood actress involved in a affair, a corrupt cop chewing tobaco, a goon with obsession of gold.
These characters make the reader get the feeling of a bollywood movies, which have created pretty concrete image of such characters. The reader is made to see most of the characters as suspects with mystery surrounding each of them, even the detecives at Private India come under radar as the story progresses.


The Good:
While James Patterson keeps the suspense going, Ashwin Sanghvi does a splendid job in bringing out "India" in the plot. With facts about the Thugee cult of Murderers, festival of Navratri and Hindu deity- Durga.
Knowledge on investigation tactics, evidence collection are given with in depth explanation which are incorportaed and placed really well.


The Bad:
At some point, a little too much and unnecessary. A image of Mumbai is created as the crime capital of the country with every possible crime and socil stigmas right from Drugs, Child abuse, Begging syndicate, Corruption to Terrorism. With all thlse prevailing problems, all that gets solved and prevented is a Murder mystery and a Terror attack respectively.
Few points on the good about the city, reflecting its passion and liveliness would have worked out well.

In total, 447 pages of Pure Thriller. 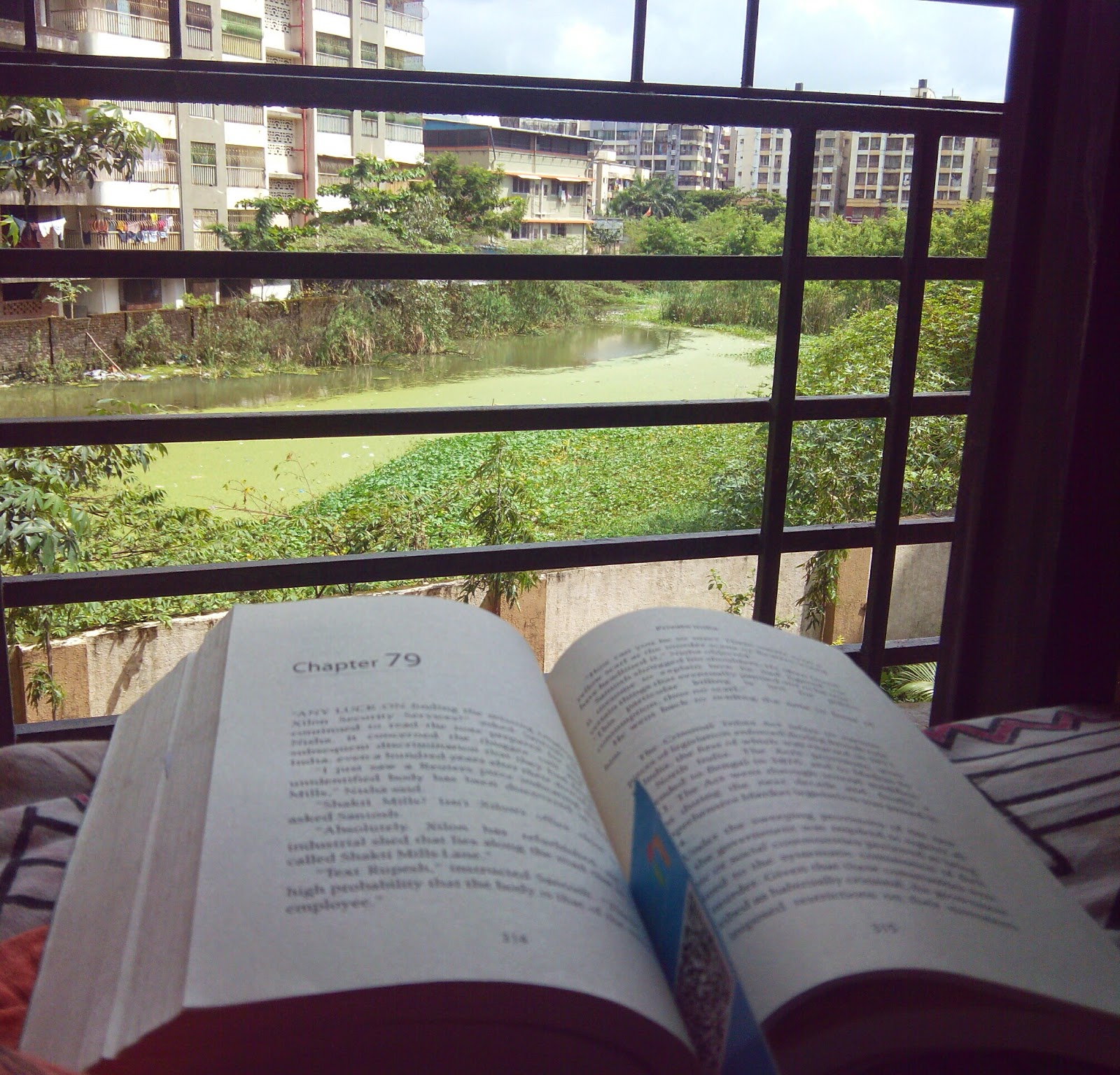 This review is a part of the biggest Book Review Program for Indian Bloggers. Participate now to get free books!

*This review is about my experience and opinions of reading the novel and anyone who thinks otherwise is welcome to comment.
Ashwin Sanghi Blogadda evidence Fiction James Peterson murder mystery novel Private India Review thriller