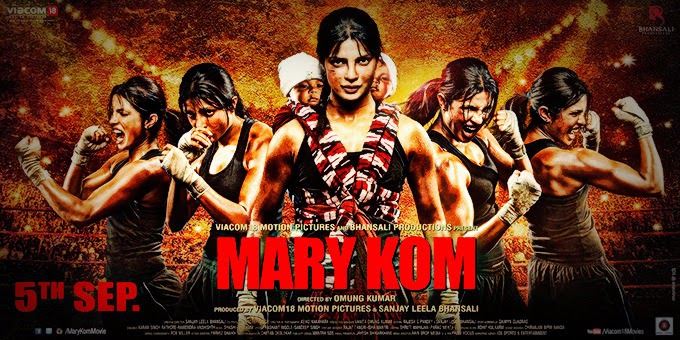 Mary Kom for me, was a hassle between the expectations and reality. I expected more of  Adrenaline rush and Exaggerating scenes, but the movie turned out to be in the line of delivering truth and yet reached a level of inspiration. Its said and believed that real life and reel life are way different, but Mangte Chungneijang Mary Kom's life is a perfect plot for a Motivational movie.
The movie starts with a shady scene of a curfew showing a pregnant Mary and her hubby Onler Kom making their way to the hospital. The transitions in the scenes are smooth, with different phases of her life running parallel. By interval, Mary has achieved everything and it seems to be perfect.The real story and struggle starts afterwards.
From every biopic movie on sports, we tend to find inspiration and motivation. This movie starts to fulfill those , when Mary's Coach sir delivers has 5 point rule of succeeding in Boxing-Commitment, Surrender, Focus, No Pain-No Gain and No Mercy.
The first few scenes portray Manipur's scenic beauty well.Their Lifestyle, struggles and melancholy of not  being considered an Indian is delivered well through Mary Kom's struggle.Women Boxing and other sports unlike Flagship Cricket and Tennis do not get the attention or the required facilities, this unfortunate condition of sports in India is also a topic touched by the movie.
Emotions are struck well, with interactions between Mary and her Father. With changing heart of a Father after he sees her daughter in the Boxing ring, the scene is one which will leave you teary. A mother's uneasiness about her child's health and her internal clash between  motherhood and boxing are captured well into the plot. 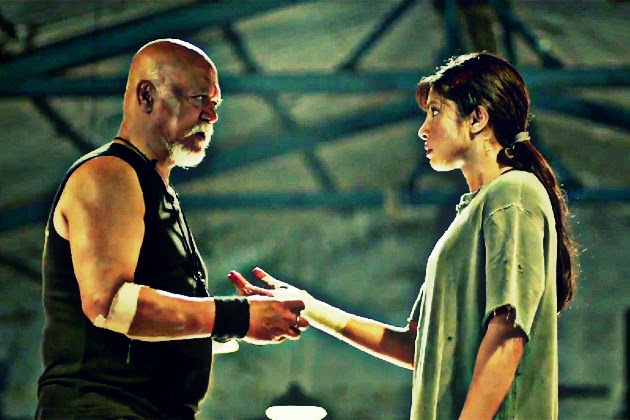 Cast playing Mary's family, coach and husband do a very good job and deliver great support. Talking about Priyanka Chopra's acting, We can say she worked hard to fit into the character. Yet, a pretty face makes it hard to show the raw energy required by the boxer. 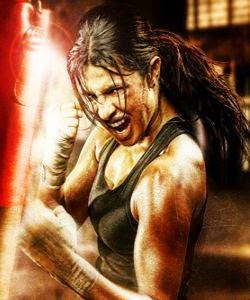 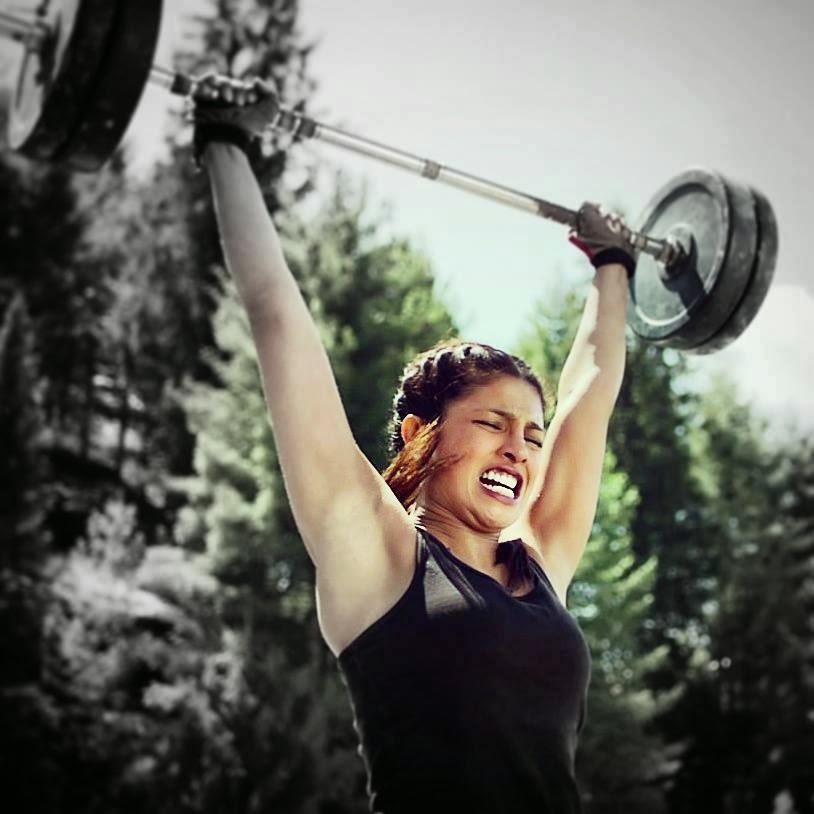 Talking about the fights. The first unofficial betting match  is one to look forward to. Without unnecessary exaggeration, the fight yet takes you the nail biting nervousness. The Boxing matches are not exactly the adrenaline rush you would expect. Maybe it is an attempt to keep it real.


Inspiration as Mary Kom is in real life for all the girls, in the movie too the character is depicted as a strong women. Women with big ambitions, restricted by society's norms, falling in love and a comeback even after being a mother of two.
The background Music throughout the movie delivers a nice support to the varying situations. "Ziddi" is one song which stands out, that you would keep humming after the movie.
What is really Irritating about the movie is the various products being advertised in the movie. It almost looks like a commercial break in the movie. Placing the products in the movie would be okay, but they go to the extent of talking about how good the products are. 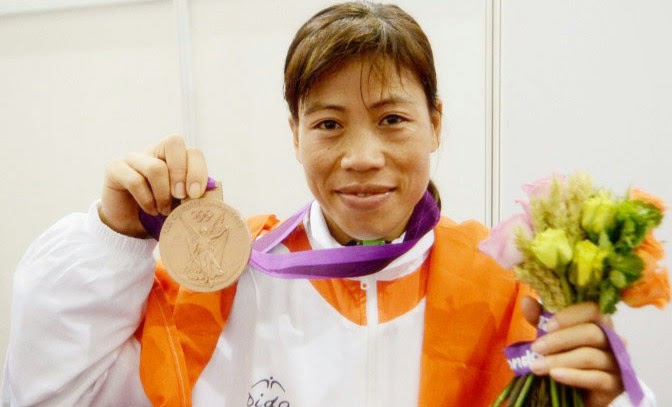 This kind of biopics is what Bollywood and the country needs, to bring out reality and awareness of about sports and inspire more people to take sports as a career.
I caught the movie at Cinemax, Mira road. The National anthem came in twice, once in the start and once in the end as the part of the movie. So standing and saluting the passion of Magnificent Mary Kom was very much required and everyone at the theatre complied.


These are my opinions about the movie, anyone who thinks differently is welcomed to put their comments below.
Thanks
Biopic Bollywood Boxing Cinemax India Manipur Mary Kom Mumabi Passion Priyanka Chopra Review Sports