- April 24, 2015
Tata Bolt,
Not much of a Auto blogger, nor had a interest to be one.
But time and again this one Car got me to write!
Every since the launch of Tata Bolt, I have been connected & updated with it's campaigns as a blogger.
One can read about how much I enjoyed the Bolt Arena, Mumbai in one of my previous posts.

My Mechie friend, Shri had also told me about how Tata Bolt was very much different from the Cars in it's segment.
How this was a needed change in the line of Cars produced by Tata Motor..
Eventually I ended up getting connected with this one Car.....

Few weeks back, to my delight I recieved a mail informing me that I was shortlisted for "Bolt Drive"
I didn't have to go into the details of the mail, it was already decided!
I was surely going for this!

Cherry on the already alluring Cake was the location, Lonavala
Tiger Point, Lonavala

So it was decided!
19th April was marked in the Calendar as "The Day with Tata Bolt"

It started with a ice-breaking session in Cafe Infinito, Bandra before the drives. 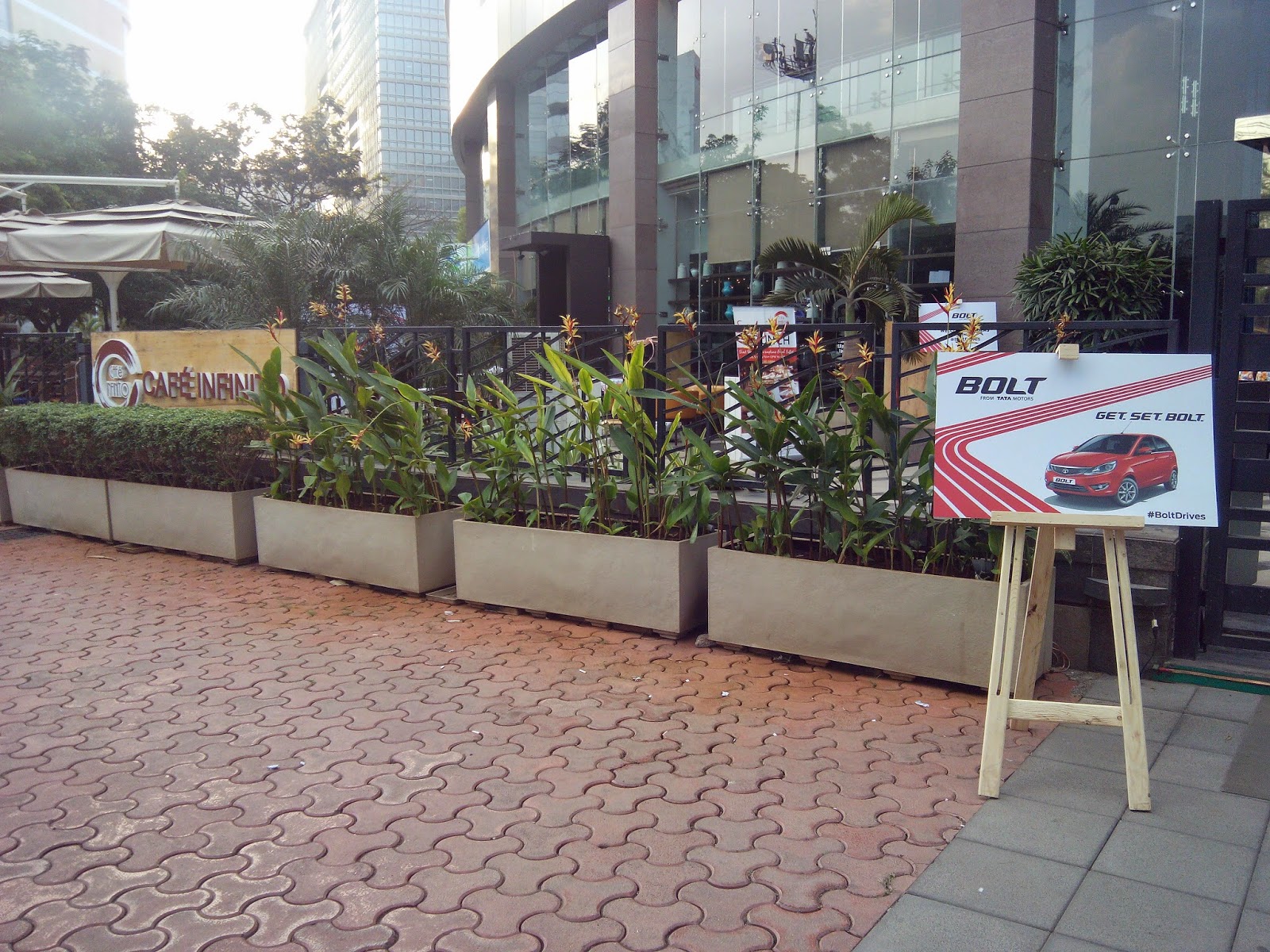 We kept on geeting surprises, with the first one being Teams.
We were put into teams, consisting of three bloggers & a supervisior
I had bloggers Nadini & Meghana in my team, and Sushma from Blogadda as the supervisior

Firstly one blogger from each team took turns to introduce their respective teams.
Yay! I got that chance from my team and tried my best to come up with a fun introduction to the team.

It did not take much time for Bloggers to mingle with each other and same with our team, we got together well. 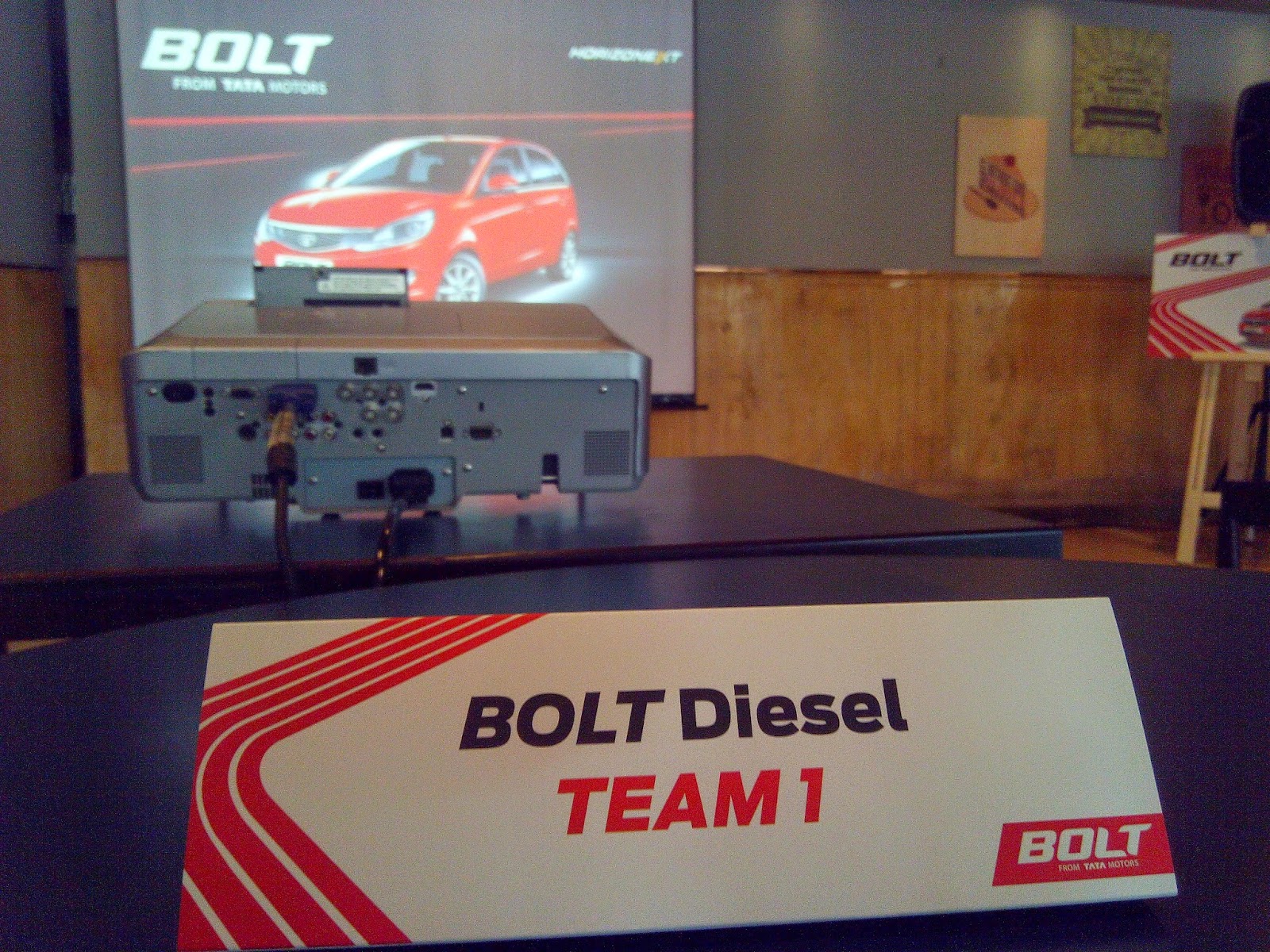 After introductions, the Tata Bolt team briefed us on the features of car, the idea behind the evolution of the designs & technology and the guidelines to  be followed during the drive. 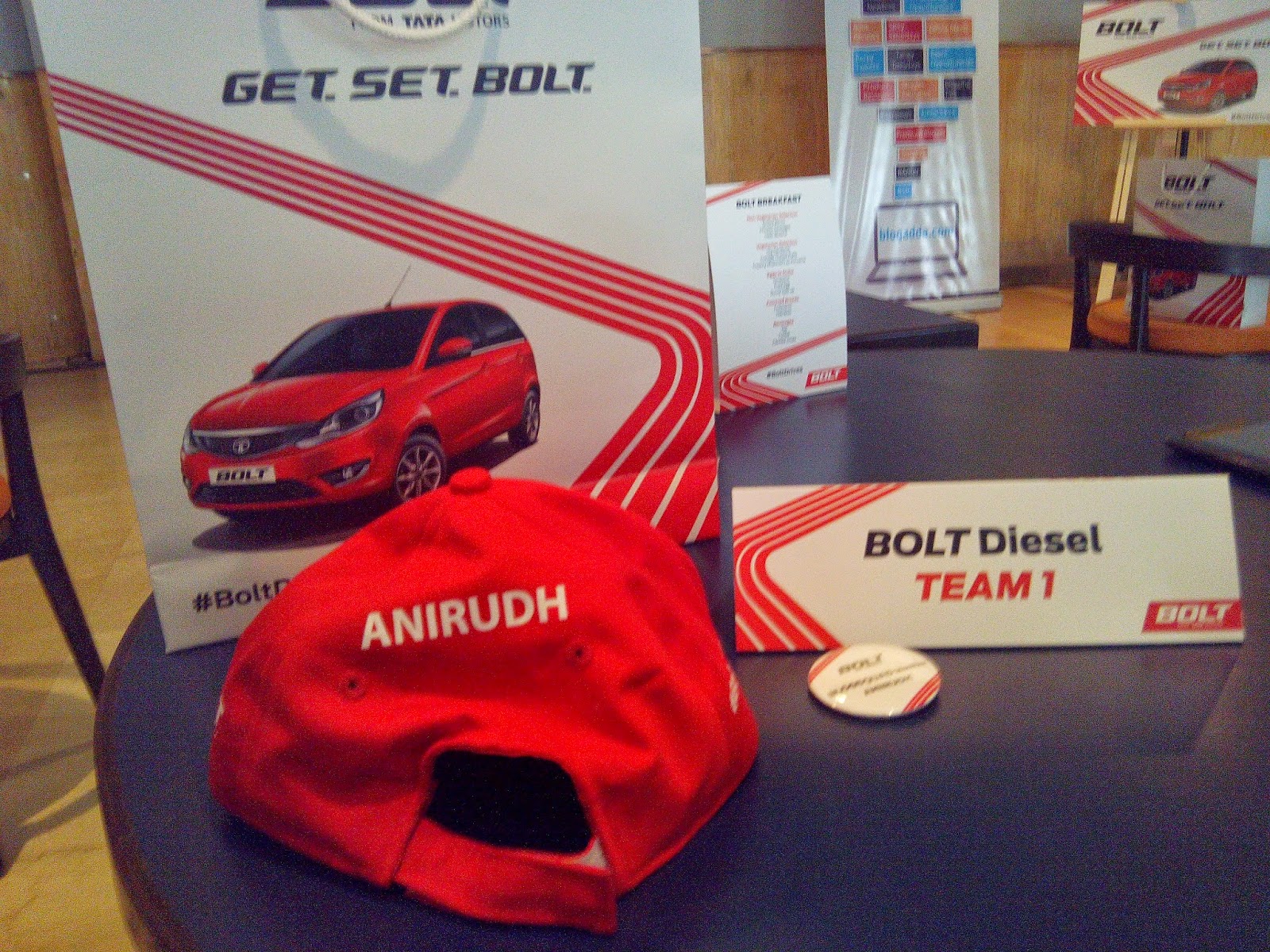 Soon we were set to get started with our customised merchandise, road map and our Tata Bolt-D1(Diesel)
Seat belts on!
Nadini took the driver's seat.

Another surprise came by soon, we were supposed to be guided by a Captain Bolt.
A Voice, whose identity still remains hidden!
Mind you, it was not a recorded voice.
So Captain Bolt spoke to us, a magnificent and very friendly voice instructing us on the go! Our first task was the SUSPENSION TEST
We had to trace the Tata Bolt on this sheet while the Bolt manouvered over a set of bumpers.

It seemed to be a tough task, but we completed it easily. I do not know who exactly to praise here, Meghana's talent to trace or the Car's suspension. I will say it was both!

After this we hit the road again, the next pit stop was supposed to be Food Plaza near Khalapur. But before we could reach the highway we got lost.
Being lost was although fun, maybe it was very stressful for Nandini who was behind the wheels. 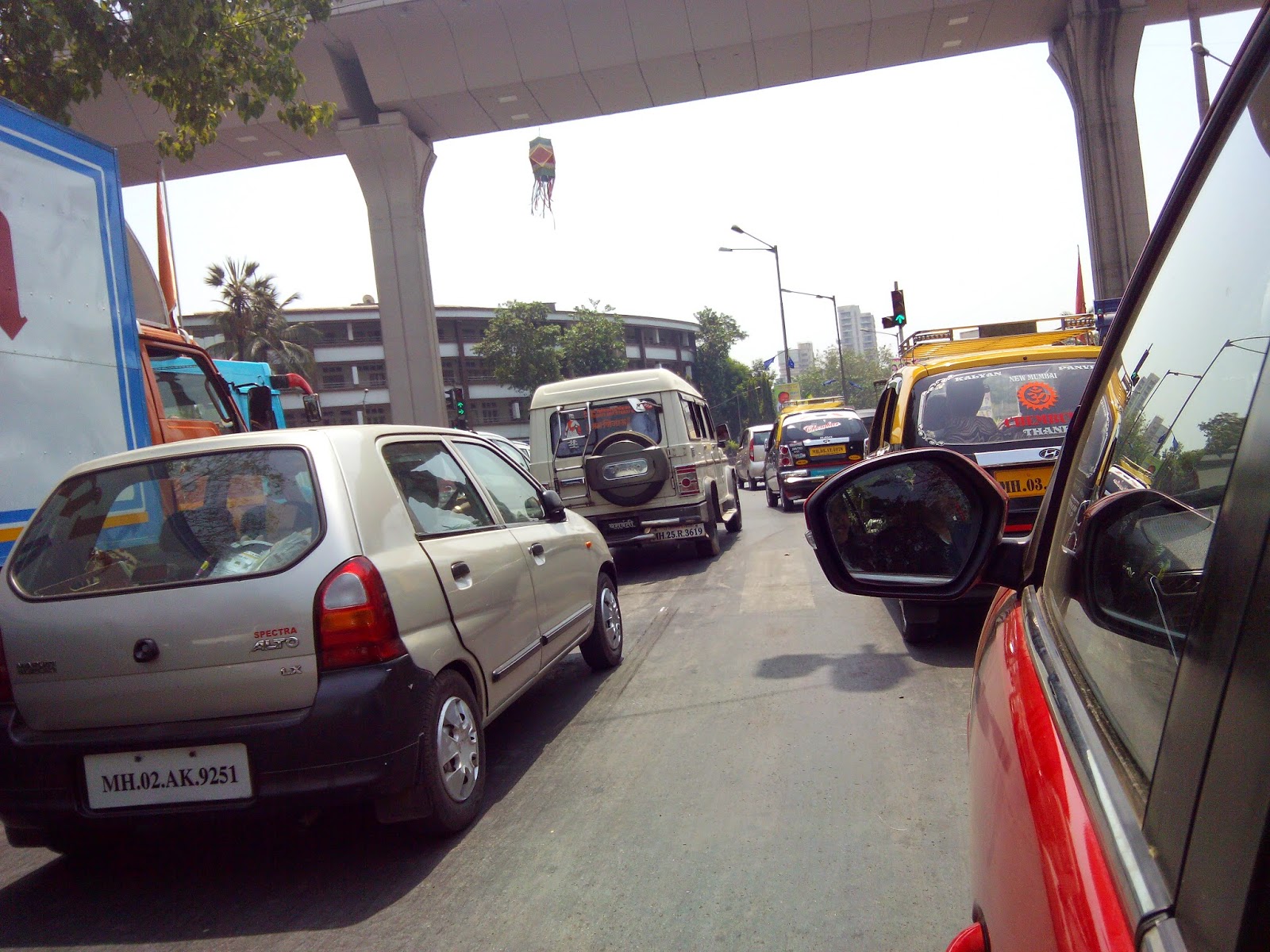 But with Sushma's supervision we soon got it together and were back on track.

Soon we realised, we must make use of the GPS navigation and so we did.
When Captain Bolt called, he was amused by how anyone could get lost on a highway! :D
But the truth was we had not made it to the highway and were going around in circles in the City, which may have been time consuming but did give us a chance to test the City mode of the Bolt.


We made up for the time we lost being lost by switching to Sport mode when we got to the highway.
Still keeping it under the speed limit, we managed to do some daring corners and truly tested the Car's Corner stability!
Though Nandini was quite confident, we in th back seat had goosebumps!

We made it in time to our first Pit Stop from where we got a backup driver, thanks to Captain Bolt!
So then it was us chilling in the back seat and clicking pics until the next stop, that was Lunch in Lonaval luncheon

Here we bloggers got together to discuss our driving experience so far and also were interviewed indivdually about our experience.
Then it was Lunch time! 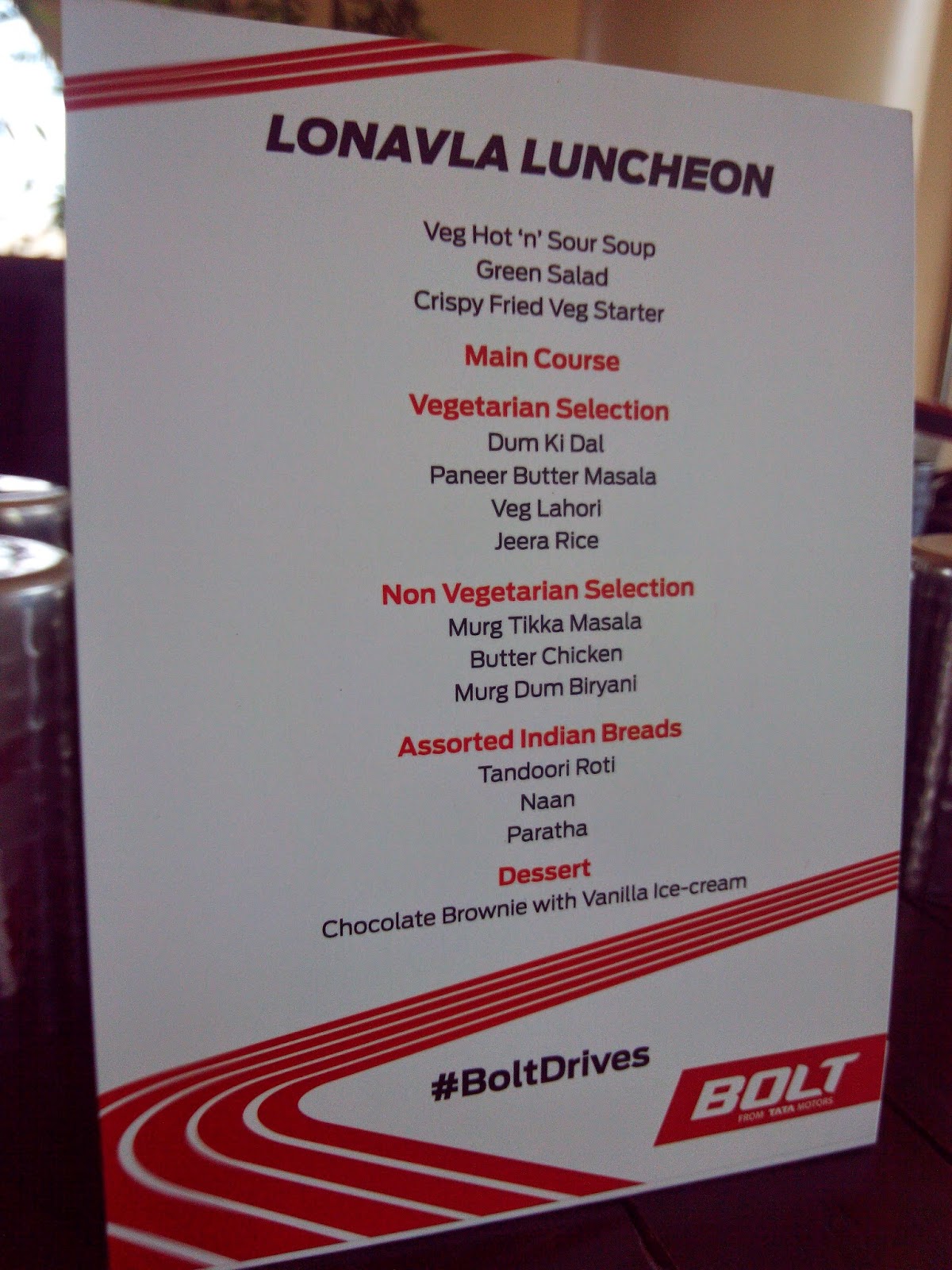 Past lunch, we switched cars and got to experience the Petrol version of Bolt.
From here we raced towards Tiger Point, our destination!

A awesome drive like this had to have such a destination, A picturesque location- Tiger Point
We spent some time here clicking pics. 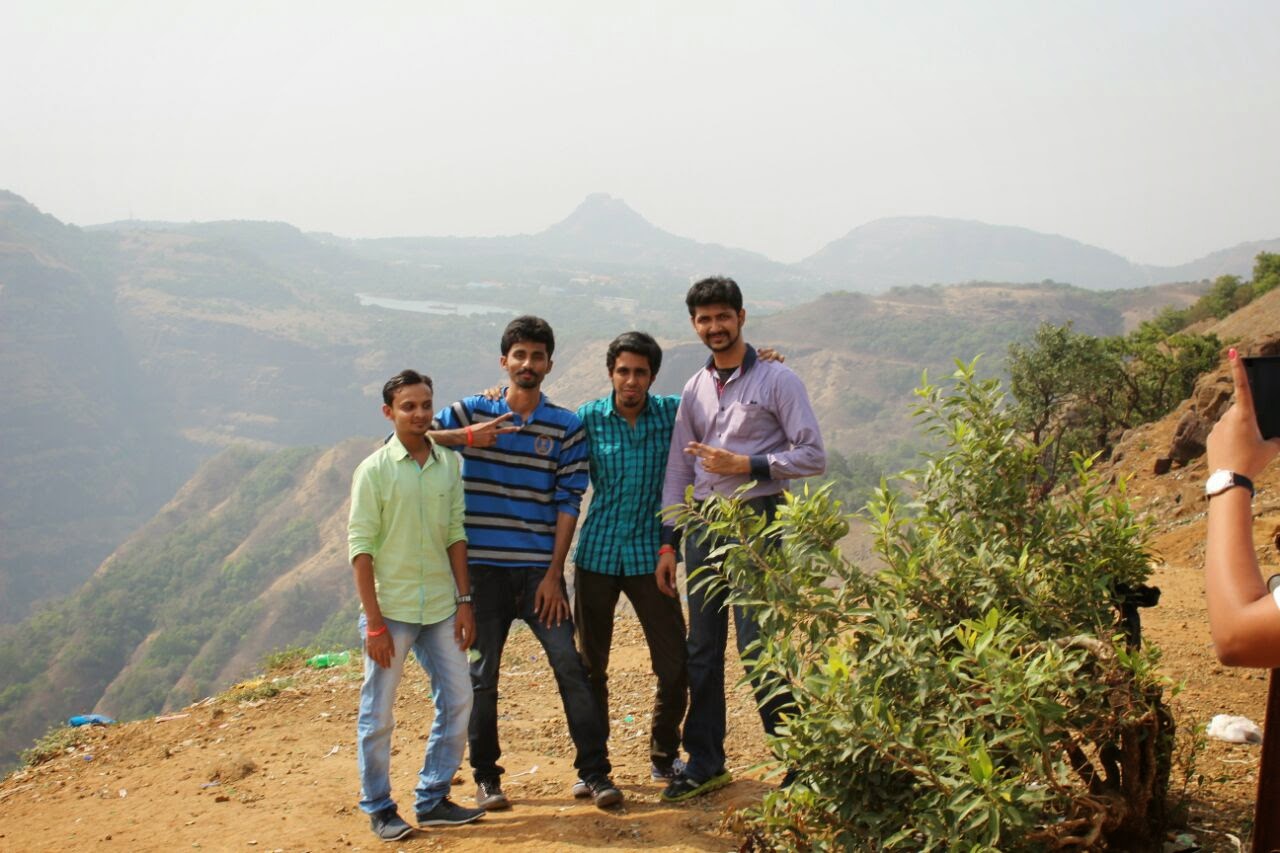 On our way back, we stopped at Cafe Cofee day for refreshments where the winners of the Selfie with Bolt contest was revealed.


The drive back was very calming!
Exhausted & tired yet I felt happiness.
The day was well spent, made some new friends, experiences and the Bolt!

I thank Blogadda & Tata Bolt for giving me the opportunity of being a part of this amazing drive!