Nobel Peace Prize & Reasons to be proud for Indianizing the world

There are many proud, and some not very proud reasons for which India is coming out to the world. India is known for its Food, History, Culture diversity and Bollywood all around the world Some social stigmas, dirty politics about India also often finds place in Global news. All this put together, I am still proud of Being a Indian for the good things, the achievements. I don't deny the bad, neither do I ignore them but today I choose to be an optimistic & spread the word about the good.

The Nobel Price for Peace is home!! 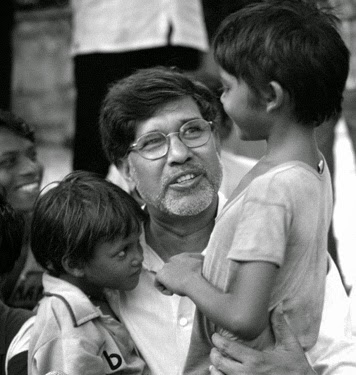 Kailash Satyarthi, an Indian Child Rights activist was awarded the Nobel Peace prize on Oct 10th, 2014 Born in Vidisha, Madhya Pradesh . An Electrical engineer quit his career for the cause. He started “Bachpan Bachao Andolan”(Save Childhood Movement), a non profit organization aimed to liberate exploited children. Satyarthi sir’s organization and campaigns has contributed largely on eliminating child trafficking and child labour. Bachpan Bachao Andolan is been in operation for 30 years with many undercover volunteers.


So if you ask for a incident to depict HOW WORLD IS GETTING INDIANIZED?
I present to you this proud achievement, and have made a list of why this tops the list of INDIANizing THE WORLD


Mahatma Gandhiji got nominated thrice for Nobel Peace Prize, even days before he was murdered.

Child labour in India and rest of the world, per World Bank data. India is in green with 10-20% incidence levels, along with countries in red (30-40%) and black (>40%).
So I advice the world to get Indianized.

Yet, I can’t just ignore the fact that we have to concentrate on a more grave problem which is Child trafficking. The figures depicting it’s reduce world wide is not satisfactory. The optimistic Indian in me says “We Shall overcome, one day! Deep in my heart, there lies belief. We shall overcome, one day”

My personal reasons for selecting this Indianizing Acheivement

With this I end this post Congratulating the Indianized World for its step towards Peace.


P.S. Satyarthi sir's work looks magnificent and full of grandeur, but this commitment towards a cause comes with obstacles. Satyarthi sir too was assaulted a number of times, and has lost two of his colleagues in this fight, who were murdered.